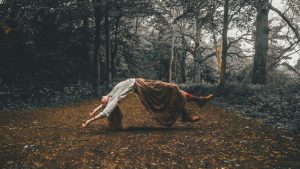 The British naturalist and filmmaker Sir David Attenborough has said that humans are a plague on the Earth. The problems of climate change and population growth, in particular, will reach a crisis point over the next 50 years, according to some scientists. Things are looking very uncertain for humanity right now, but as long as human reality remains limited by a dualistic worldview, which sees everything and everyone as somehow separated from the rest, for example, black and white, rich and poor, male and female and so on, the problems we are facing and the risks of future technology and Artificial Intelligence will increase not diminish. Can we turn things around?

The limitations of duality

A human over-dependence on the left hemisphere of the brain – the home of reason and logic – has given us a wealth of knowledge and experience; however  its primary focus is on the physical dimension, alone. Arguably, this has over-emphasised the masculine aspects of human nature. As a result, humans have violently pursued throughout history the domination of the Earth, her resources and each other. We are now so out of balance with ourselves and the environment that we risk trashing the precious biosphere that we inhabit, as Attenborough suggests.

Dualism has also denied us the full scope of our potential as humans, and the access we have to multi-dimensional aspects of consciousness that for millenia we have expressed through religion and art. These often hidden revelations are closely aligned with the brain’s right hemisphere, and exist outside of our five sense reality and current scientific thinking. To deny or repress the existence of either hemisphere results in conflict and chaos.

According to Einstein ‘the father of relativity’, this separation is an optical delusion of our consciousness. In essence, we are collectively one body, one mind and one spirit. Duality has kept humans grounded to the Earth for millenia – limited by linear time and third dimensional space. Within our limited understanding of reality, polarised thinking has created immense pain and suffering, as humans are torn between simplistic divisions of good and evil, right and wrong. Instead of working together in unity, as one family, we look for scapegoats to slaughter – an aspect of human behaviour known as ‘Mimetic theory’, and the life’s work of Rene Girard, a retired Stanford professor and literary anthropologist.

AI in the wrong hands

Engineering a digital life form in such a polarised world without maturing as a civilization first, is a high risk strategy. Noel Sharkey, a leading Professor in robotic sciences at Sheffield University, England, warns against the development and use of AI for military purposes, and has established a campaign to challenge this move. He is right to do so and we should support steps to prevent this. But are enough of the population switched on to what scientists are doing in their laboratories? Do we even care? Today, there are many individuals, groups and even nations that remain addicted to chaos and the game of political power and domination.

Towards a Golden Age of discovery

If we choose it, the digital revolution has the capacity to facilitate a shift in global consciousness, expand human awareness on an unprecedented scale and open up a realm of unlimited possibilities, as shown in Stanley Kubrik’s cult sci-fi classic 2001: A Space Odyssey. If future technology and AI could be harnessed for the greater good, to help us to resolve global problems such as poverty, disease and pollution, as well as overcome the limitations of gravity, space and time, then we have a golden opportunity to restore balance to the planet, build a just economy and a peaceful global and possibly intergalactic community.

In these uncertain times, as we lose confidence in our politicians and institutions, we must shift our worldview and return to the drawing board. It will demand making some radical changes to the way we have done things up to now. Above all, it will require giving birth (collectively speaking) to a new vision of ourselves and our place in the cosmos – one that will transcend humanity’s dualistic worldview and violent tendencies.

Calling all Dreamers of Dreams!

Dreamers of Dreams Film Festival invites filmmakers to submit shorts and features with a sci-fi, experimental or fantasy theme. The festival will be held in London, in November, a city known for its diversity and innovation in the creative arts.

BIRTHDAY is runner-up in the New Renaissance LONDO

ALL THAT GLITTERS wins Best UK Premiere and Best A

PETRICHOR directed by Louis-Jack. Runner-up in the

NEAR wins Best UK Short at the 6th New Renaissance

ALL THAT GLITTERS wins Best UK Premiere and Best A

Reposted from @gatesfilm We were so honoured to wi

LOVE OF WORDS, WORDS OF LOVE directed by Fortis Si

the JUMP team directed by Rosa Crompton at the New

Reposted from @jordanjbridge We’ve only gone and

Reposted from @officialjassa WE WON!!! 🏆 Absolu

Anya Mani Patel - presenter and hostess of the 6th

We are always encouraging of indie filmmakers and former New Renaissance winner Serena Chloe Gardner (Blackout, 2017) is close to funding her new film project. Only 4 days left!! Below is the synopsis and a link to the crowdfund. Any help would be much appreciated. Synopsis:Summer's world turns upside down after the sudden death of her brother Steven. A self-proclaimed punk rocker and art student by day. Her work begins to suffer from continual nightmares as PTSD plagues her life both asleep and awake. Summer tries to overcome her grief with the help of her friends by throwing a house party. greenlit.com/project/summer ... See MoreSee Less

WELCOME. The New Renaissance Film Festival (NRFF) LONDON provides a platform for outstanding independent filmmakers from around the world, to showcase their work. We focus on the ARTIST, on the STORY ...
View on Facebook
· Share

We are very excited to announce three of our Emerging Talent top finalists at the 6th NEW RENAISSANCE LONDON FILM AWARDS, in Soho. Cash prizes of £1000 go to Joy Wilkinson director of MA'AM and the overall winner of the award (C); £250 to Margarita Milne director of BIRTHDAY (L); and £250 to Louis-Jack director of PETRICHOR (R). Sponsored by Katie Partridge, CEO, SAPHIRA GROUP. See the links for this year's complete PHOTO GALLERY: nrff.co.uk/gallery and WINNERS list: nrff.co.uk/winners A big thank you to everyone who took part! ... See MoreSee Less

Here are the winners of the New Renaissance London Film Festival 2021. Thank you to everyone who took part this year! ... See MoreSee Less

As we embark on a new era of technological and scientific discovery, Dreamers of Dreams Film Festival will spark your imagination and inspire you to think beyond the limitations of everyday life.